Black Multicam Loadouts are god-tier, and I refuse to acknowledge otherwise (Unless otherwise involves being in 20°c heat all day and in an open layout site).

As you may or may not have noticed, nearly all my gear is Black Multicam. From my shoes to my face-pro, why is that? As the miniature introduction suggests, it's because I think it's cool, that's it. Well, that's not the entire reason; not only is my Black Multicam cool, but it is also a very effective camouflage when in a darker English forest or inside CQC/CQB, as I can easily cram myself into a corner and go virtually unnoticed. Black Multicam isn't for everyone, and I appreciate that the traditional Multicam is brilliant and brings some authenticity to the LARP of Airsoft, especially when people use standard-issue loadouts. Yet, this still doesn't change my personal preference, I prefer to go with a more Special Forces and Private Military Contractor (PMC) vibe through the darker camo and black loadout design.

Black Multicam was created to extend the scope of Multicam into the field of policing to make military Special Forces units particularly recognisable. It is used to ensure that each division is easily distinguishable and that its purpose is known, as they are often within the general field of law enforcement. Our Team, BEAR, has replicated a similar look to be distinguishable from other airsoft teams, aiming for the appearance of PMCs.

As I have already said, the best setting for Black Multicam is a dense foliage area, with lots of bushes, trees and plants, so you can wiggle between them and hide. The foliage doesn't always necessarily have to be dark either. I have found that hiding between Cyprus Trees acts as particularly good camouflage alongside Holly Bushes. Though I wouldn't recommend attempting to take cover in an open field with only grass and wheat, as you will be easily spotted against the lighter backdrop. There are pros and cons of owning a Multicam loadout, but I do find that the benefits heavily outweigh the negatives.

One of the pros I have listed is easily customisable, and honestly, it is. Many of my pieces have a navy or a darker blue on them, referring to my colour in BEAR. The blue is a nod to my favourite colour and allows me to identify my kit; for example, I know that all of my mags have blue on the bottom, my rifle has blue on it and my face-pro. This is very useful when you drop or lose things during a game, as you can state exactly what your gear looks like so it can be found quicker (it is also great as you can spot yourself in photos).   Also, having a black background as a base for the camo means that patches stand out against it. I love patches and have far too many to count, so I want them to be seen and readable. Having the patches be legible is fun and practical, too, as many of my fellow airsofters will see my callsign 'Dutchess' and be able to call it.

To bring this all to a close, I love my Black Multicam Loadout, and I wouldn't change it for the world. Yes, it can be a pain in greener settings, yet half the fun of airsoft is getting shot! It makes me distinguishable, and I love being able to use it to my advantage in heavily wooded areas where people least expect it. Choosing your Loadout is a personal choice, based on what you want and how it will benefit you, but if you're looking for Black Multicam, here are a few suggestions to end the article with. 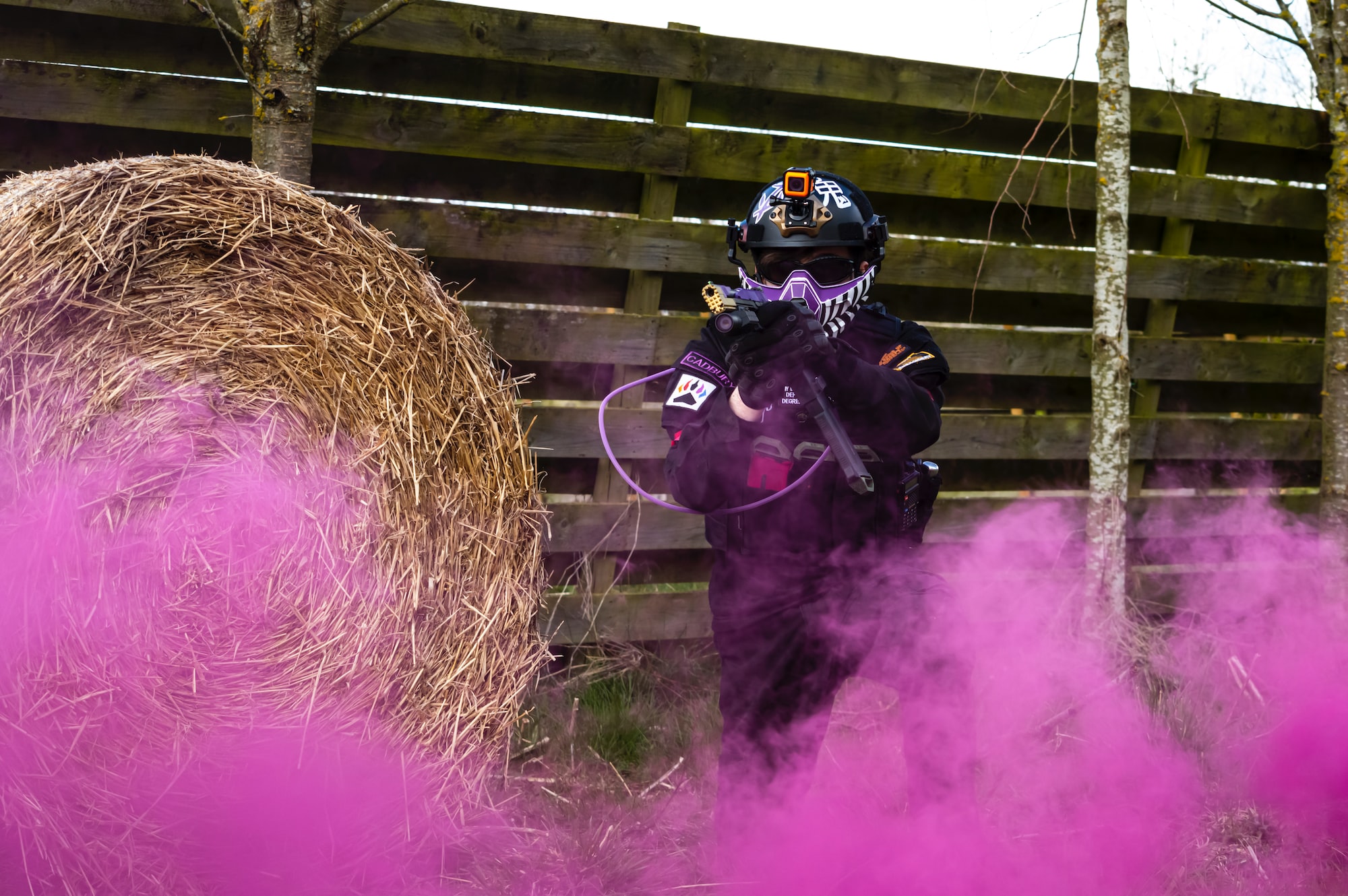 Recording Airsoft games is relatively easy. In this guide, we will cover the different cameras you can use, as well as the pros and cons of each.

The SRC Maverick FN57 is a primarily polymer, striker-fired pistol. As the name suggests, this is an airsoft variant of the popular FN five-seven, a light polymer pistol chambered in the 5.7X28 cartridge.

Women's Airsoft Clothing, why can no one make anything that fits in all the right places? Here are some workable options for tactical clothing, for women.